TI:ME – Wrapped and second edit in the bag!

As some of you may know I wrote a short screenplay which tells the story of Jim, a paranoid, sleep deprived investigative journalist who’s life has been turned upside down due to his obsession with an article he is investigating.

After getting some feedback on the first couple of drafts from my better half Lyndsey, I approached Jonny Morgan, whom I had met at the NI Actors Tweetup event that he organises every 6 weeks for local film makers and actors. Having worked with him on a couple of projects he had agreed to give my script a read and give me some feedback.

After reading the script Jonny liked it and offered to produce it under his production company Skyhooks Productions. During our first couple of meetings it was clear that we both shared the same vision for the script so I asked Jonny if he would co-direct with me on it as he has plenty of experience. Over the following weeks we tweaked the script, tightening up scenes, trying to get the most out of every scene and ended up with a script which we are very happy with.

We filmed it over  3 days at the end of March and had our first look at the rough edit a couple of weeks ago.  The footage and sound the guys (DOP – Michael Reynolds, Sound – Aaron Blackadder/John Panayotu) have captured is flawless.  Michael is also editing it and has worked tirelessly to get the first edit ready. He is now reworking the second edit with suggestions from the last meeting.

Aside from the technical qualities, the video, sound, lighting and set dressing one thing really stood out when watching the first edit, and that was the quality of our two actors. 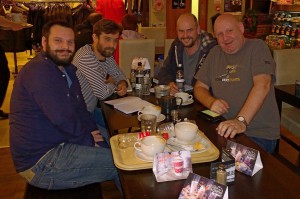 First meeting with our Actors

When it came to casting the two roles we had actors in mind for both the parts. Ignacy Rybarczyk for the role of ‘Jim’ and Shane McCaffrey for the role of the attacker. I had specifically written the role with Shane in mind, having seen his previous work. Knowing how talented an actor he is I was confident he would bring a dark, menacing side to the character. This in itself is a testament to his acting ability as anybody who as ever met Shane will agree that you couldn’t meet a nicer guy. We sent the scripts to Ignacy and Shane and they agreed to come on board.

I can’t express my thanks enough to Ignacy and Shane for agreeing to do the project. As a first time writer/director its amazing seeing a script come to life, this feeling is only magnified when done by two experienced actors who immerse themselves in the roles.

When choosing our Director Of Photography the name that jumped out immediately was Michael, whom I had met while working on STARZ, a comedy pilot that we worked on a last year. I had also helped Michael during a music video he shot/edited for Second Nature, an up and coming Belfast based girl band, at the start of the year.

Having experienced Michael’s work process and seeing his raw footage it was obvious that he is a talented Cinematographer and a perfectionist when it comes to getting the right shot. We were confident that he would do a fantastic job. Luckily he agreed to come on board and also agreed to do the edit as well.

On the audio side of things we were in good hands with Aaron Blackadder and John Panayotu looking after the recording duties and foley. A huge thank you to the guys for giving their time and the the excellent audio captured.  Alan King  is very kindly providing us with a nice moody score for the piece and a local band, Norman Boyd is writing a piece for the closing credits.

We shot in two locations, our house and Clare’s house. A massive thank you to Clare Childs for letting us take over the house for the day and also for the fantastic job she done set dressing, which perfectly reflected Ignacy’s character.

The extremely talented Rachel Johnston was our Makeup/SFX Artist for the shoot. Rachel went above and beyond her remit and did an excellent job. Unfortunately to tell you about all the excellent work she done would give away some of the plot, but seeing the result of all her hard work in the edit is amazing.

Helping Michael out in the camera department we had Glen Matthews and Sean Burrell, a big thanks to the guys and in particular to Glen for all his patience, he spent a good portion of the first night out in the elements ensuring that the scene was lit correctly and it was not the warmest of nights. The guys had their work cut out with the Red Heads which kept setting off the fire alarm due to the heat that they were emitting  – thanks for all you patience.

A huge thanks also goes out to Lyndsey for all her help and feedback on the many rewrites, and also to Orla Rogan who was our runner for the the shoot.

David Faulkner, a very talented Photographer and Cinematographer took production stills for the shoot.  David got some wonderful shots, a couple can be seen in the gallery below.

Once again a huge thanks to everybody involved for volunteering their time and expertise and a massive thank you to Jonny for agreeing to produce it, and for all the time and effort he has put in to help get it across the finish line. 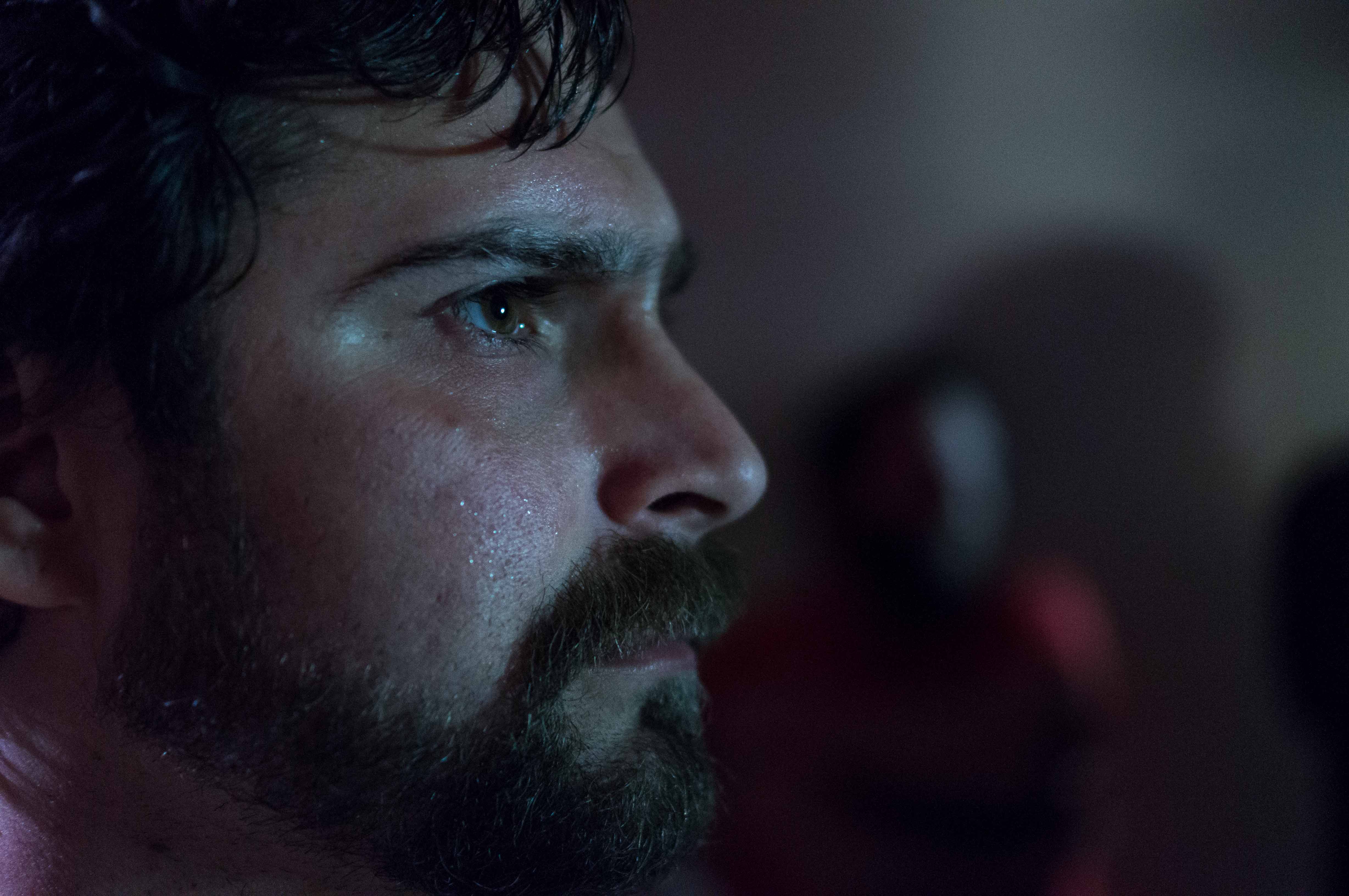 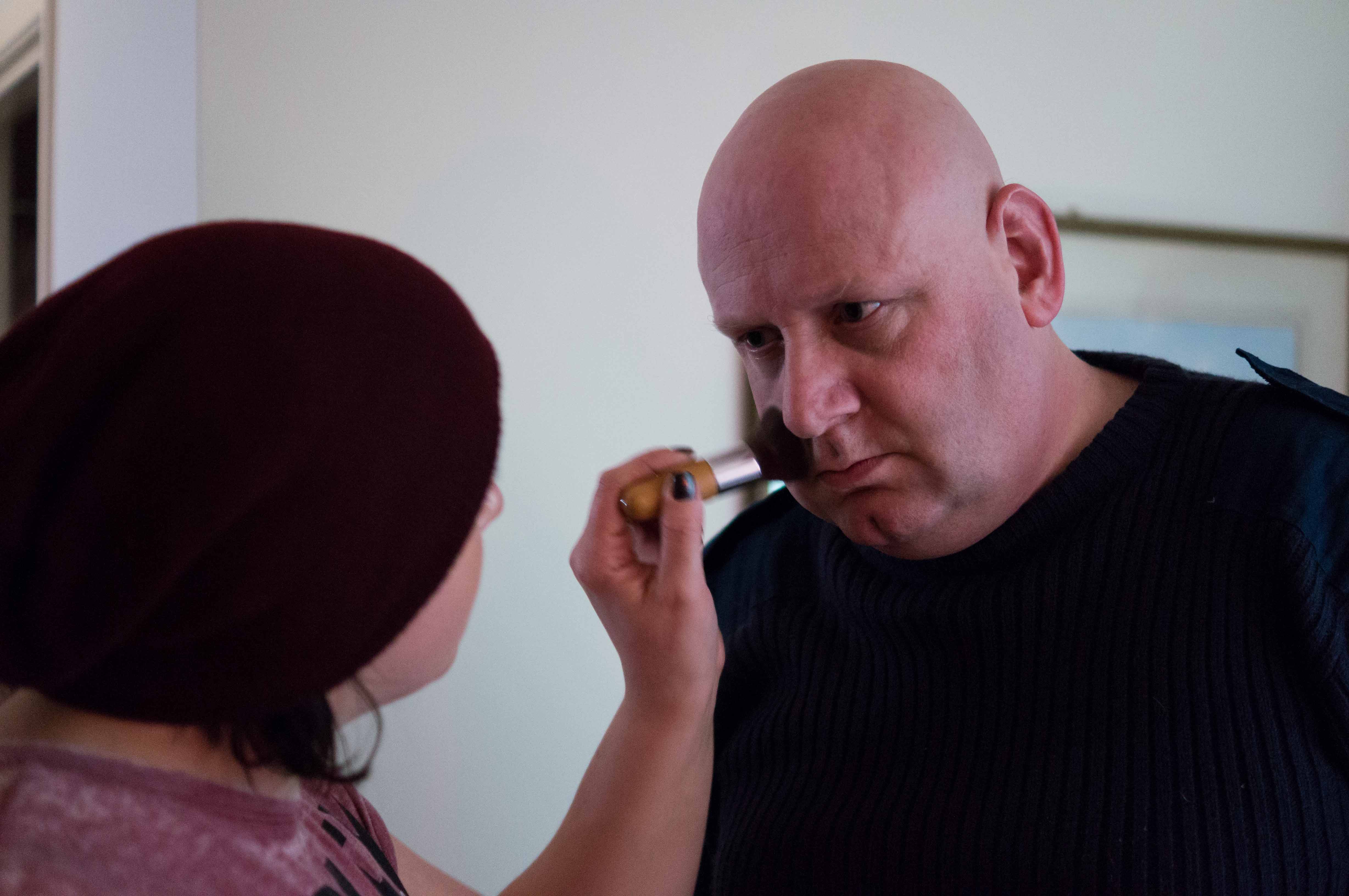 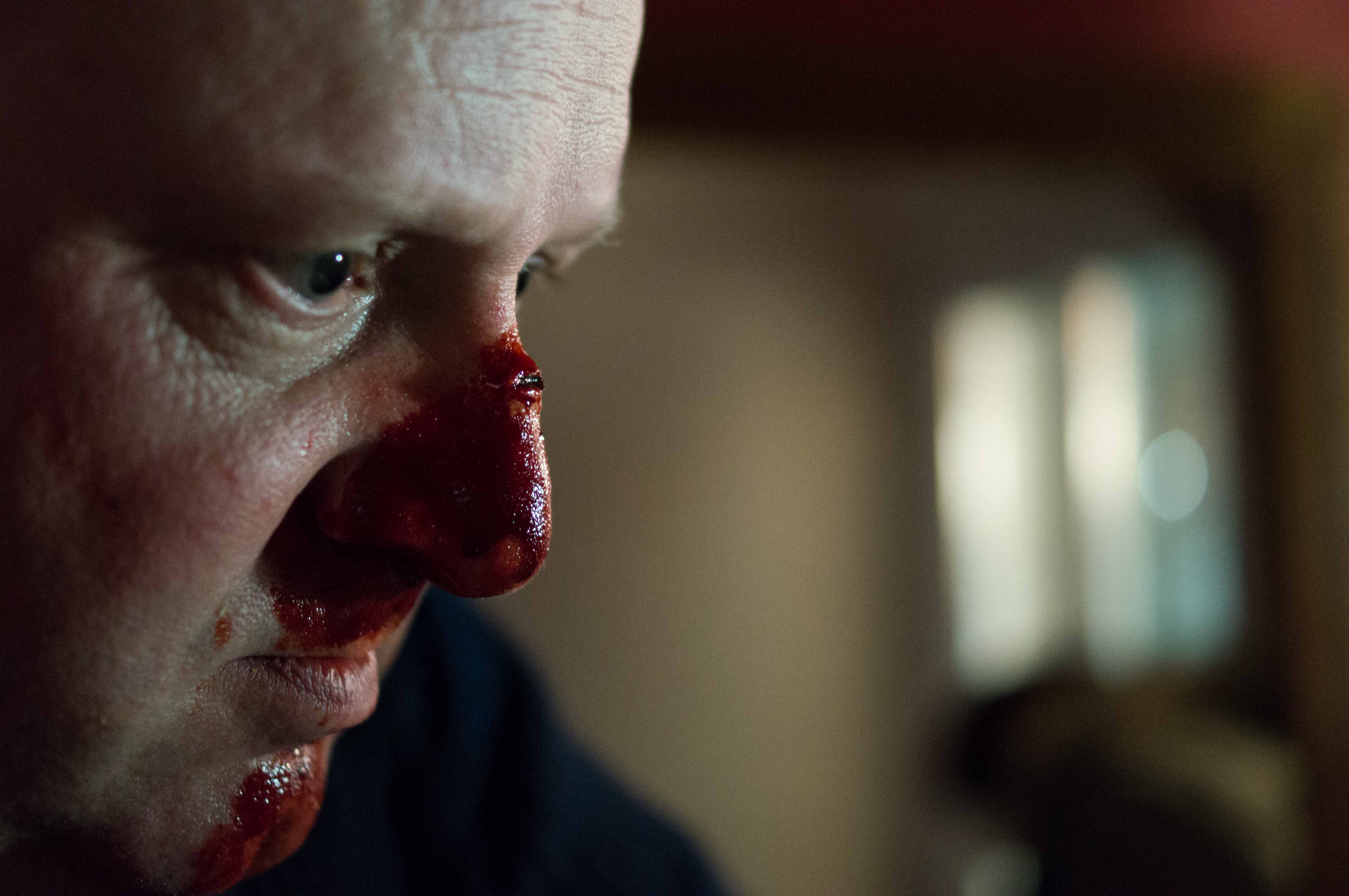 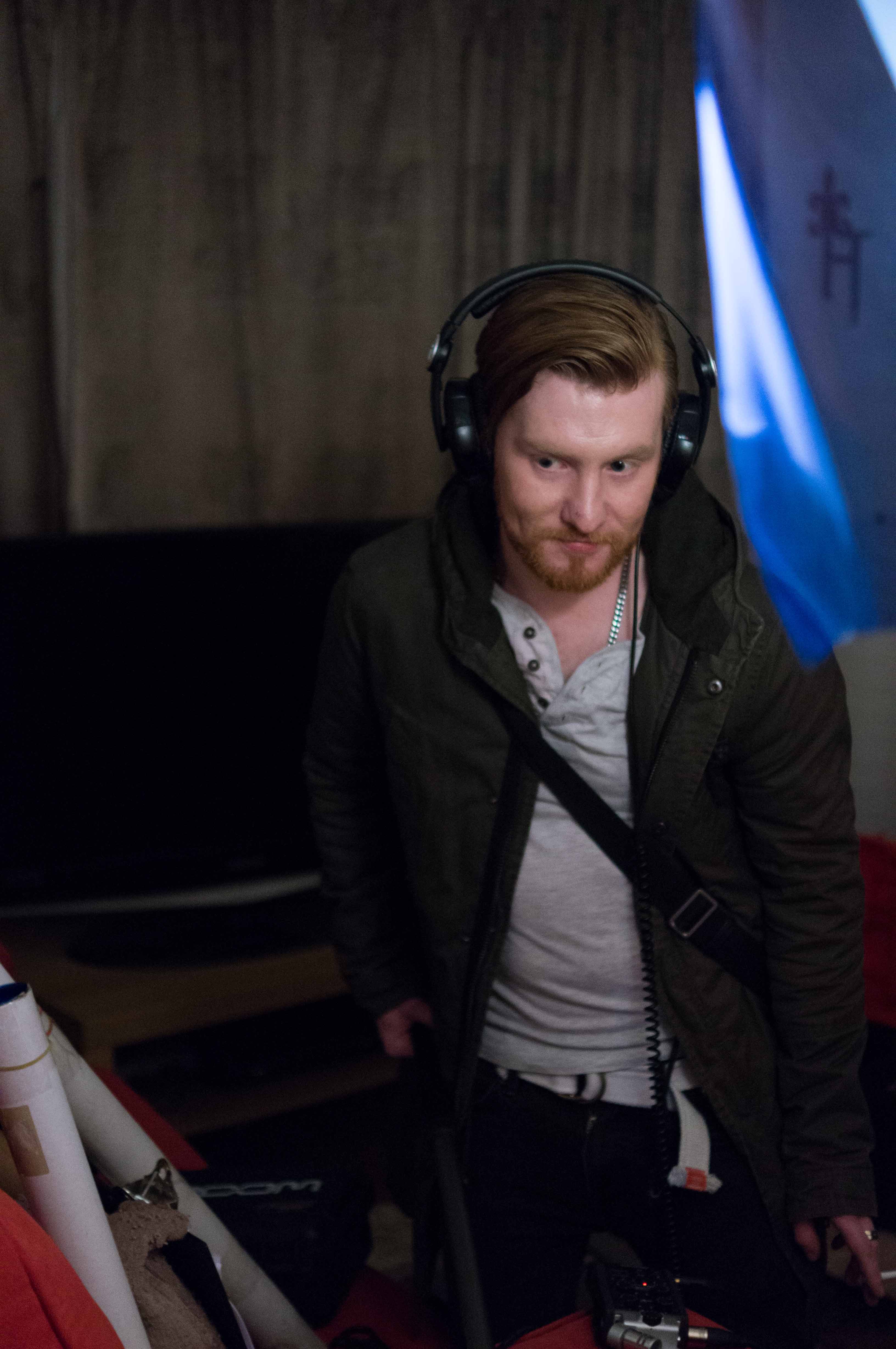 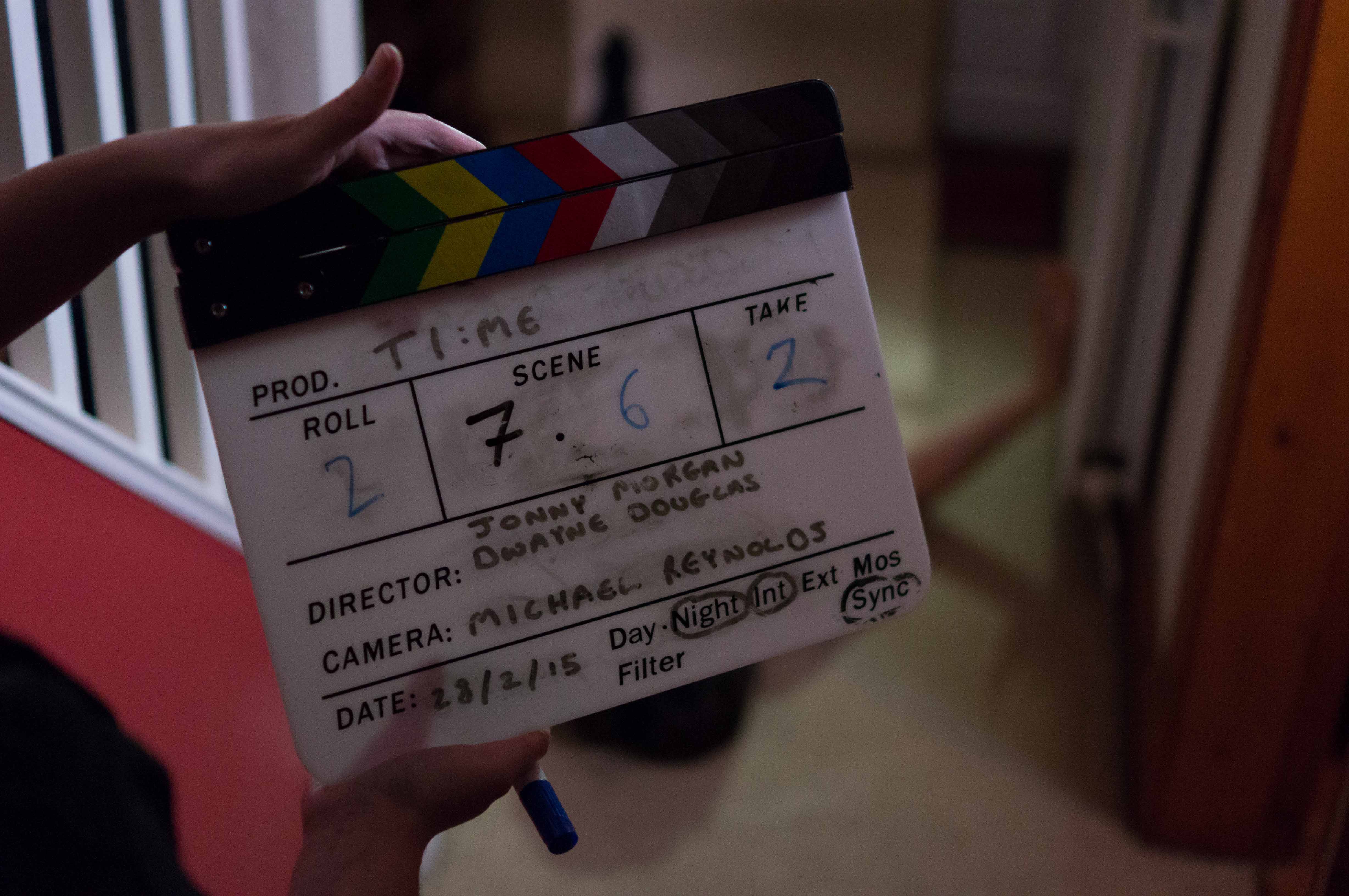 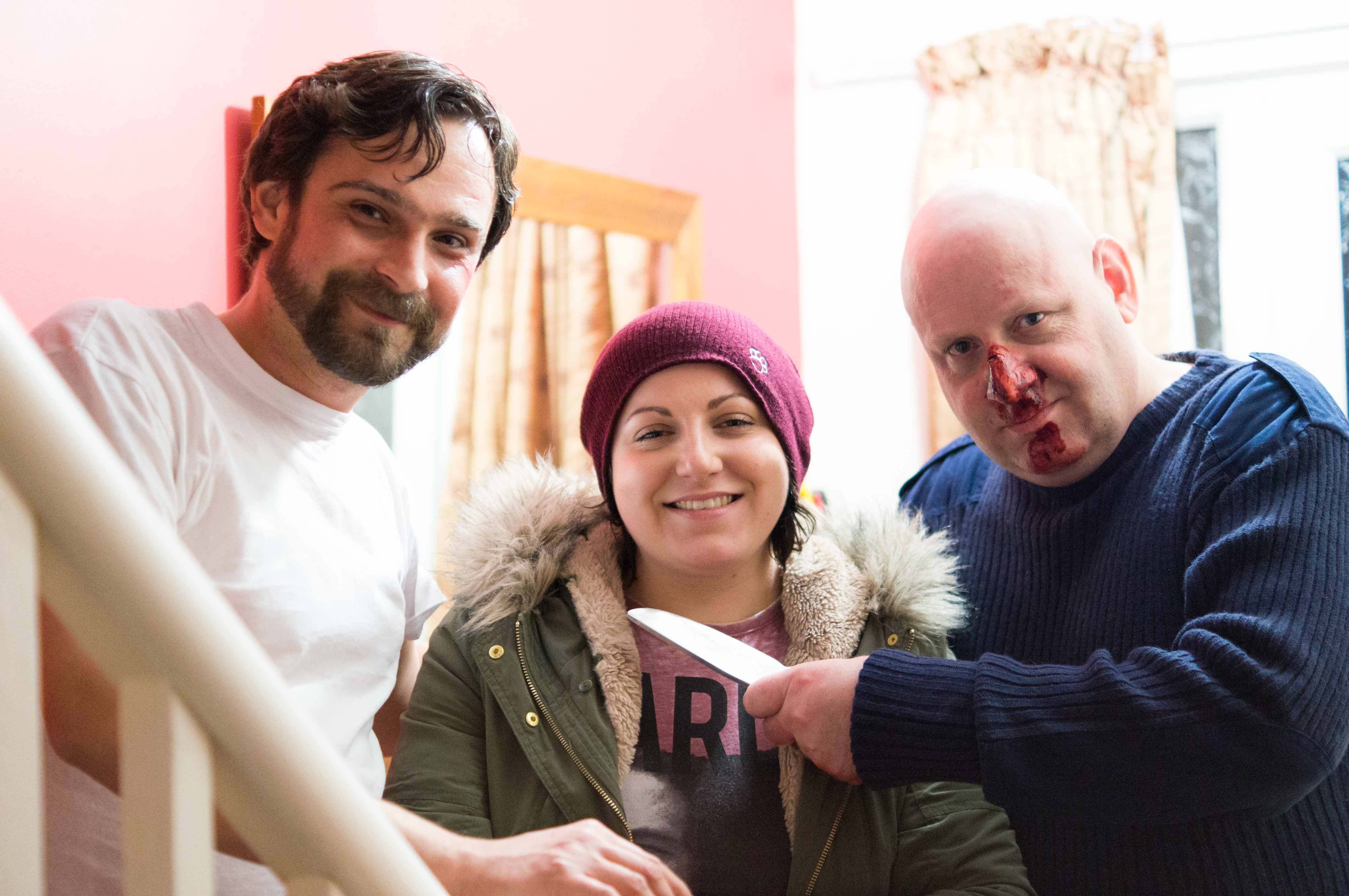 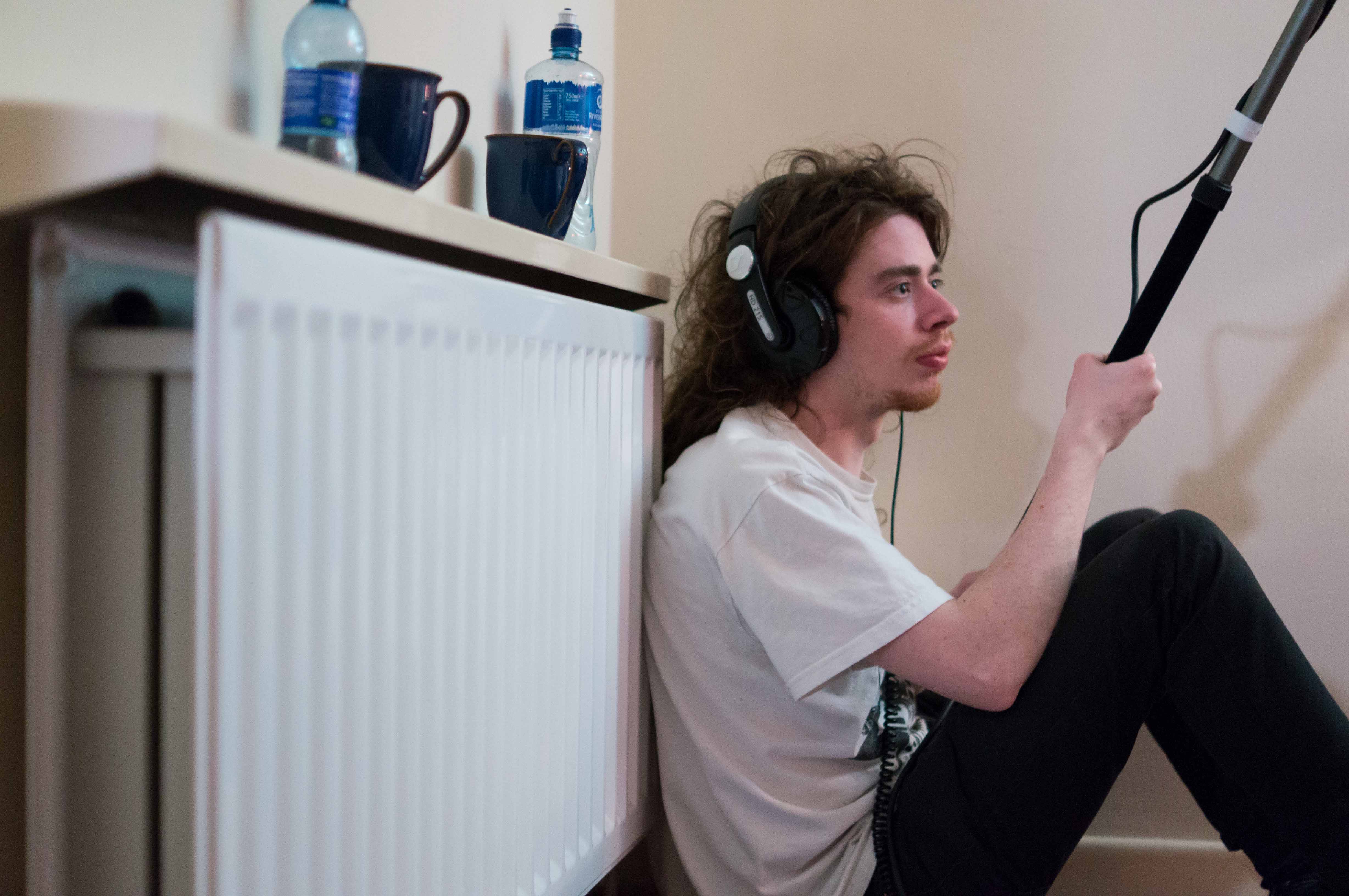 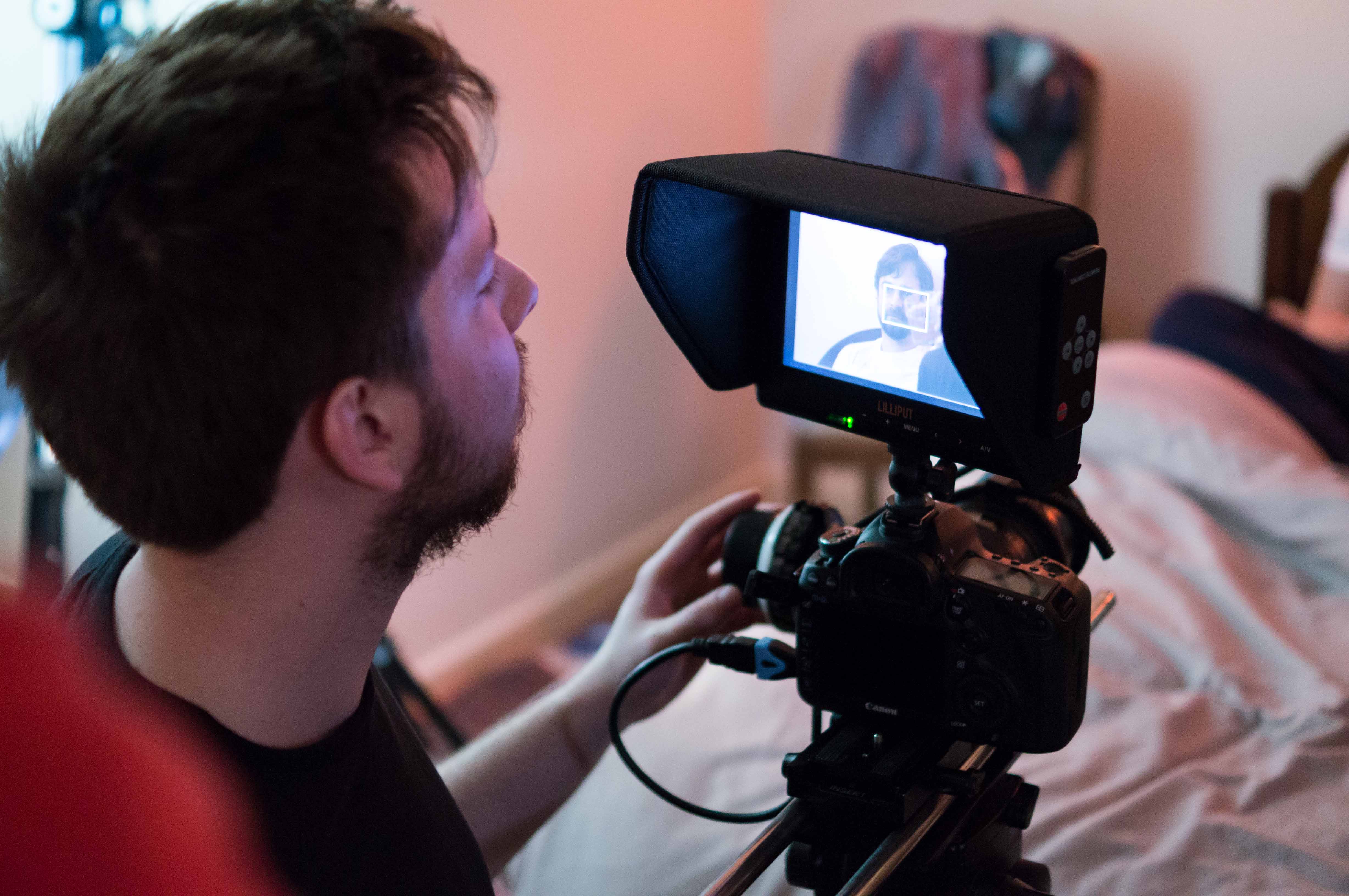 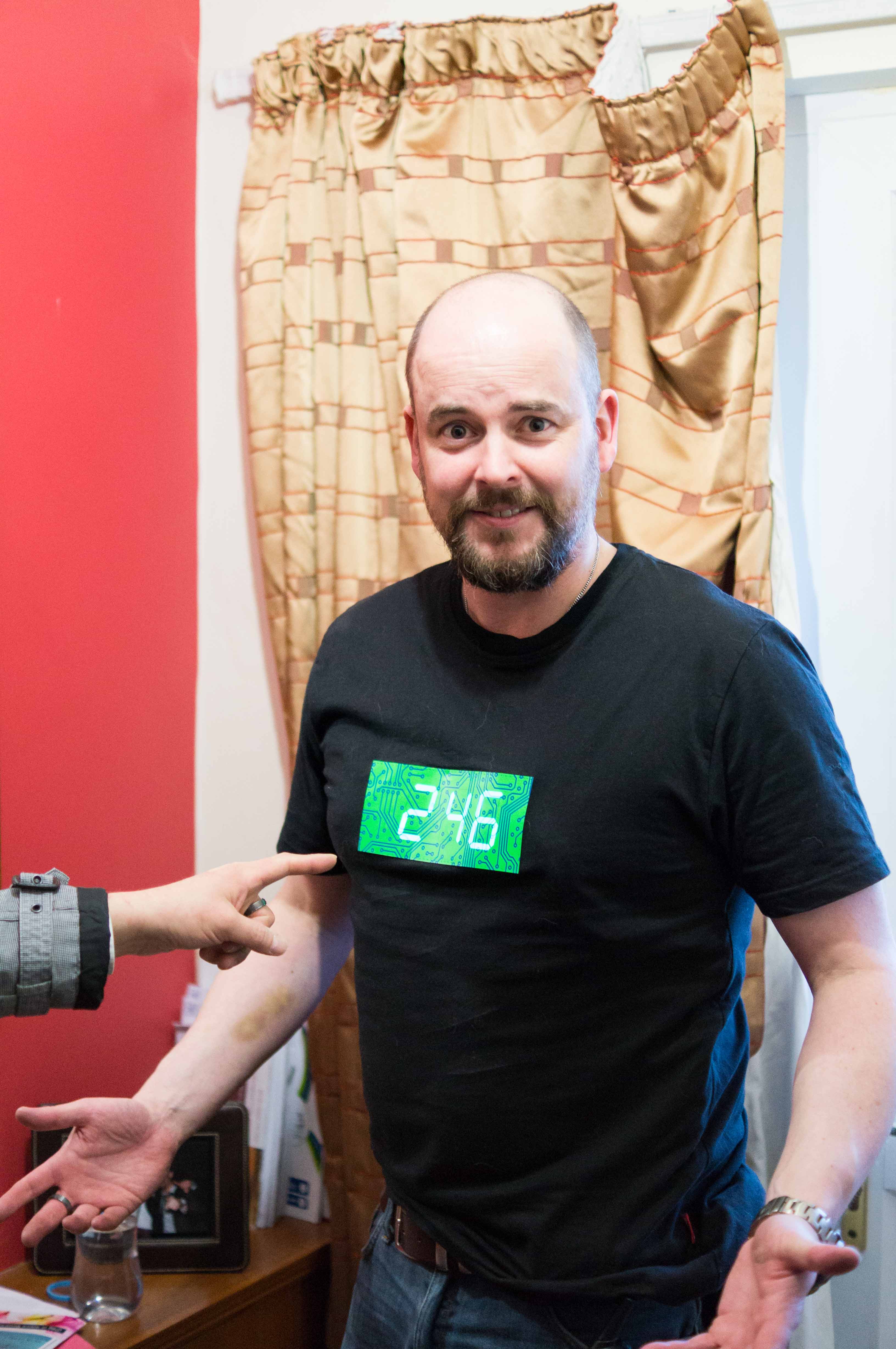 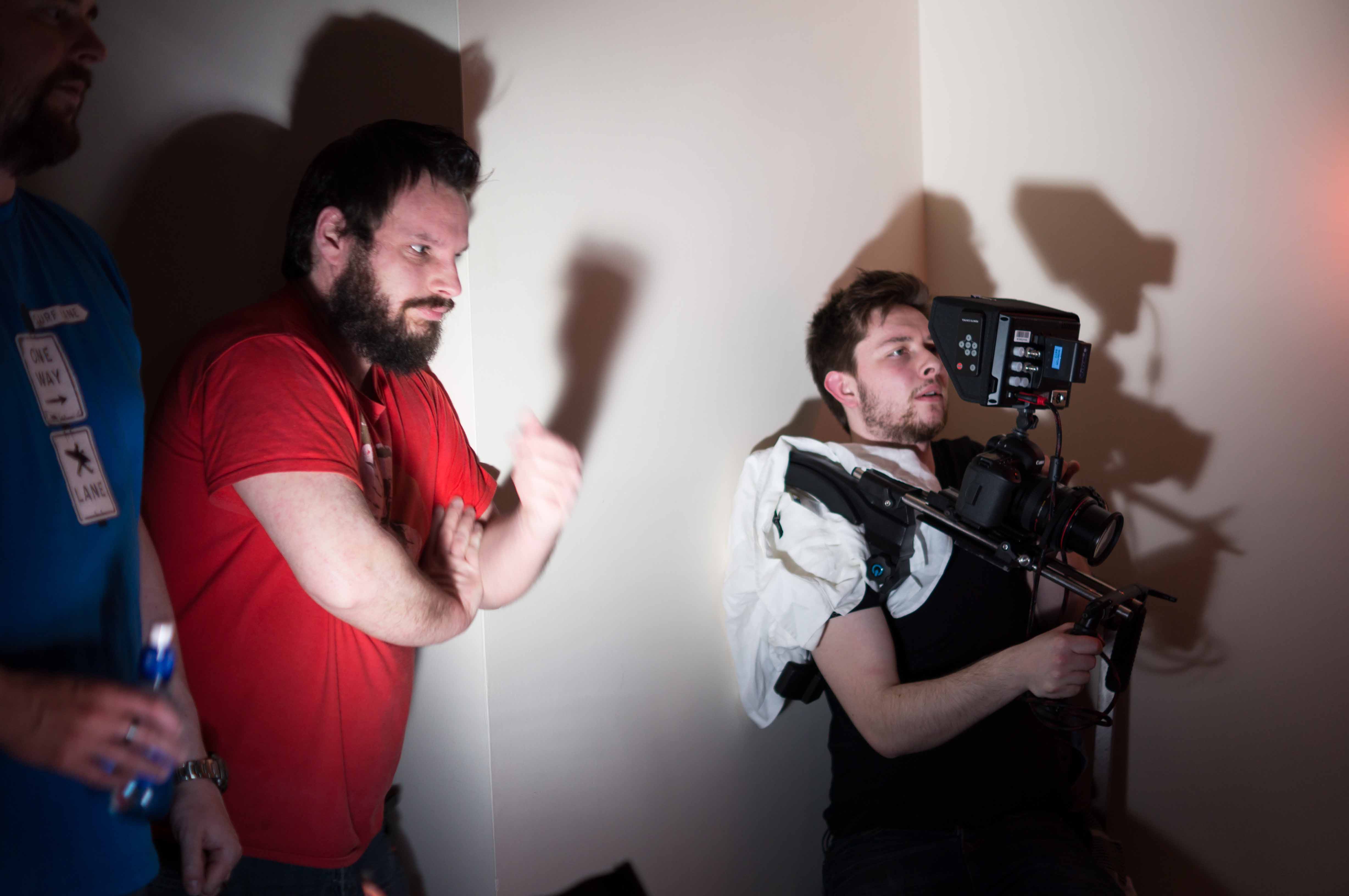 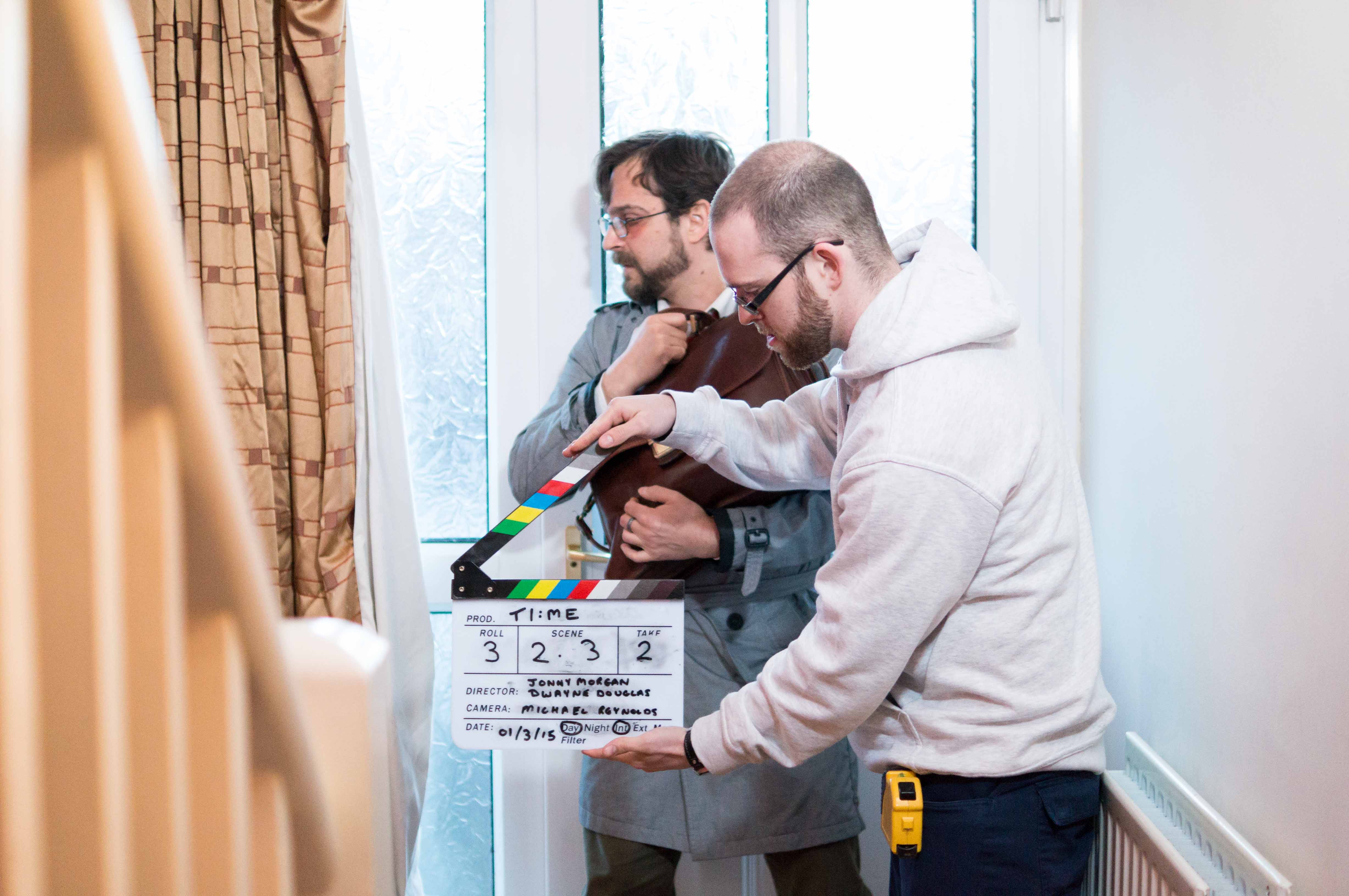